I can't stress enough how friendly the people are and how easy the Bermudian public transportation is to use. Sure they sell t-shirts that say "I survived a Bermuda Bus Ride," but you get to see a little more of the island at a fraction of the price as a ship sponsored excursion and have a bit of a thrill ride to boot. So that brings me to next review/guide on our July 2013 Norwegian Breakaway Cruise with a trip to the Crystal and Fantasy Caves sans the ship sponsored excursion and breaking out on our own!

After buying our three day bus pass for $35 (and in retrospect we should have only purchased a 2-day pass for $25, but I'll get to that in another post) at the dock, we boarded the first ferry off to Hamilton, which took approximately 20 minutes. Right off the dock there's a visitor center complete with a placard (featured below) with directions to the popular tourist destination of Hamilton Parish and there is a very helpful guide inside the shop who will be more than happy to hand you a map of the area and a bus schedule. It was quite a few stops until the Crystal Caves, but if memory serves me right I believe it was one or two stops after the aquarium, but don't fear, the bus driver will yell out the main attraction sites on the route. 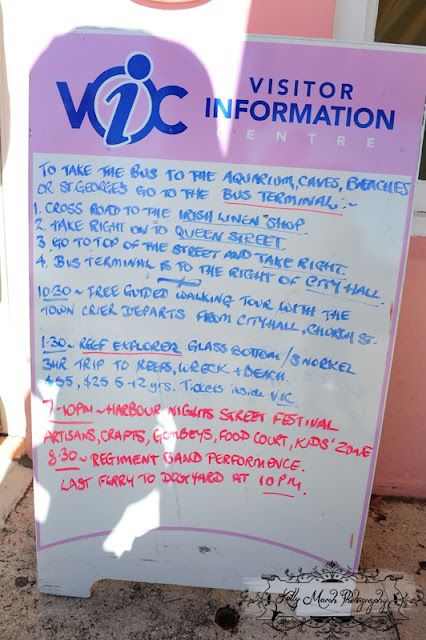 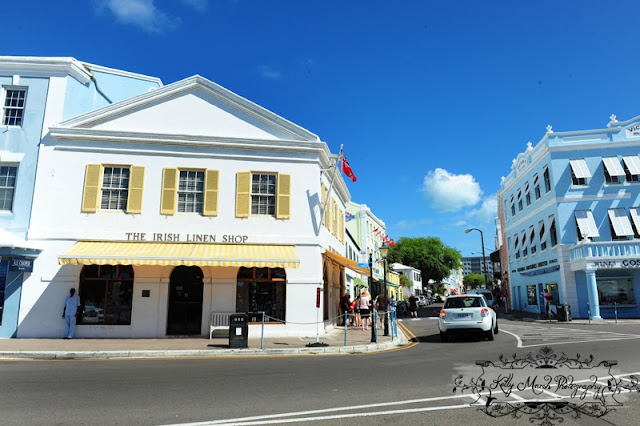 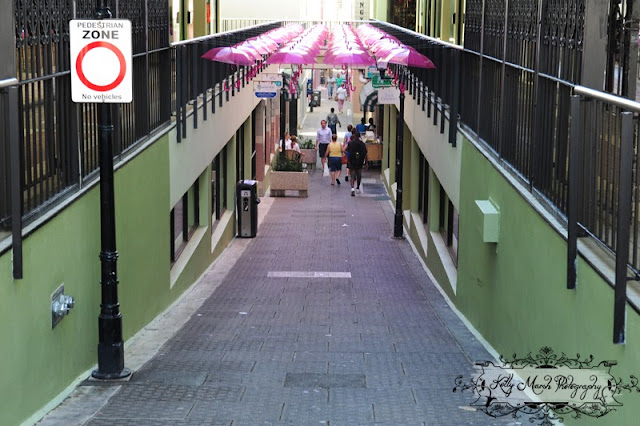 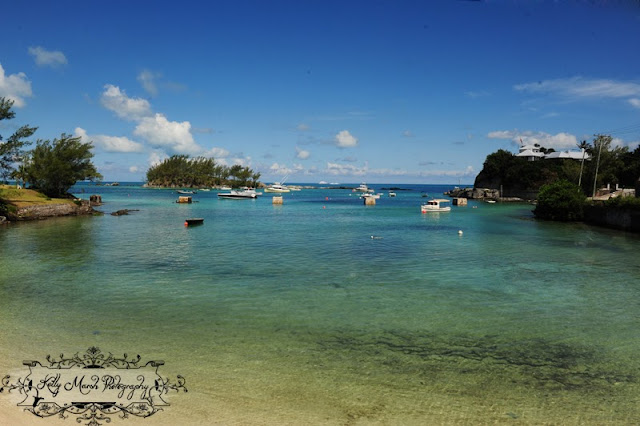 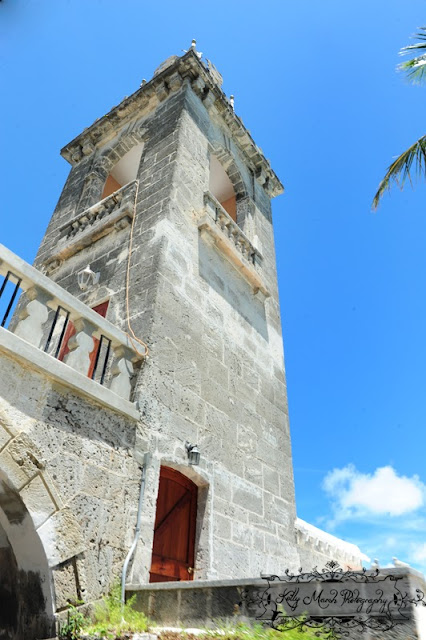 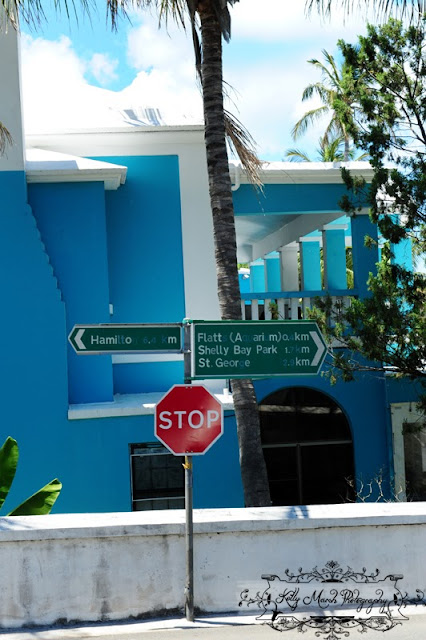 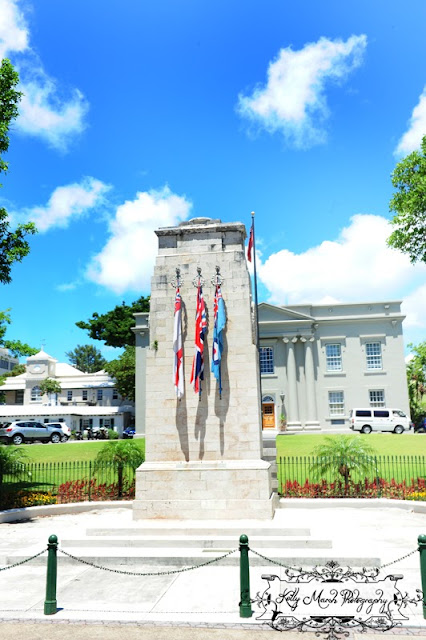 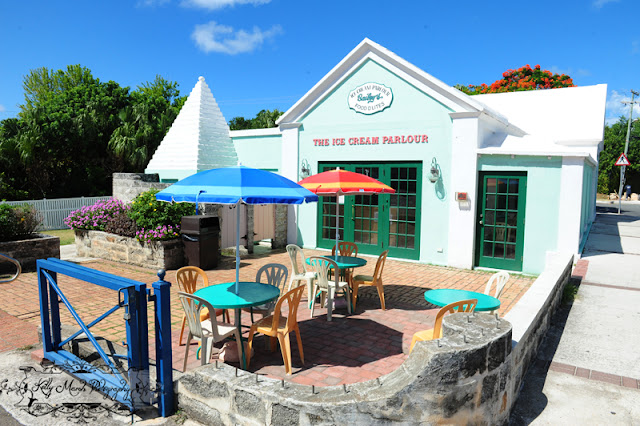 The bus driver announces the stop quiet loudly, which is right across from this lovely ice cream parlor. Cross the street towards the parlor then take the next left across the small bridge and up the hill and before you know it, you'll be at the ticket counter for the Crystal and Fantasy Caves. 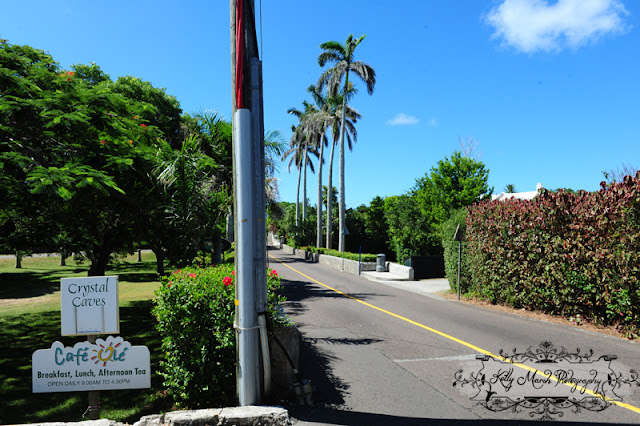 This would be the street you walk up after passing the ice cream parlor to get to the Crystal and Fantasy Caves. 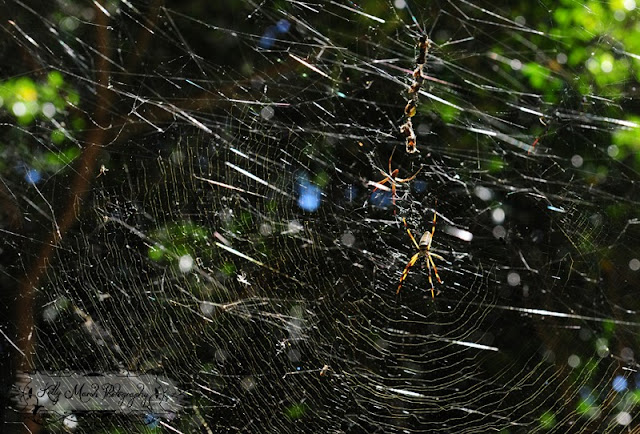 On your way admire the freakishly large spiders and their webs. 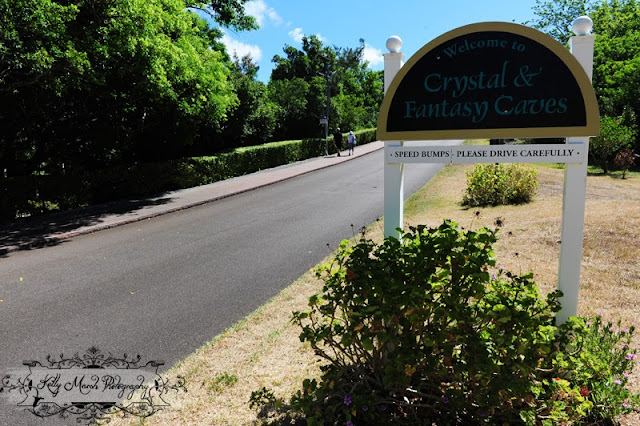 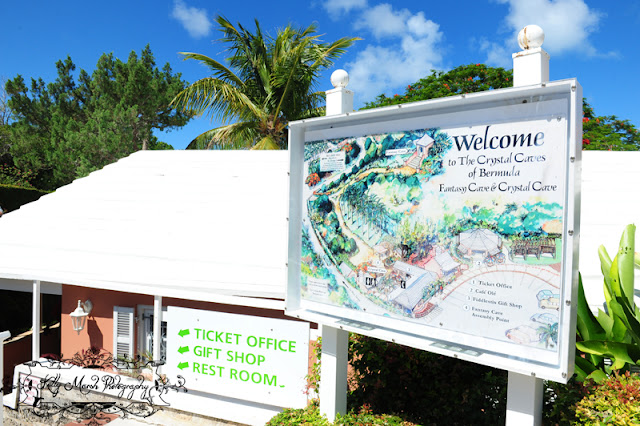 After purchasing our tickets for a tour of both Fantasy and Crystal Caves we cooled down a bit in the gift shop which had some much needed air conditioning as the humidity was getting to the point of being unbearable. There are some lovely shaded areas on the beautifully kept grounds however where you can catch a bit of a break from the heat of the sun.

First up was Fantasy Cave, which was originally privately owned and operated and eventually sold off to the Crystal Caves. The walk down to cavern was slightly harrowing as it consisted of a lot of steep winding stairs that were a bit on the slippery side, so make sure you have appropriate shoes on. The stairs are worth it though as you step down on flat ground and look around at the crystal clear water and the impressive stalactites and stalagmites that have formed over the centuries. Our guide was also very informative and let us take our time taking in the scenery while telling us the history before we began our long winded walk back up those steep never-ending stairs to the top.

Next up was a trip down a steady ramp and a few stairs to Crystal Caves, which was discovered by two adventurous boys who were in search of a lost cricket ball in 1909. With nothing but a bit of rope and the faint light of a bicycle lantern one of the boys would later go on to explore the cave and discovered the large cavern complete with a 55 foot deep crystal clear lake; they never did find their cricket ball however. 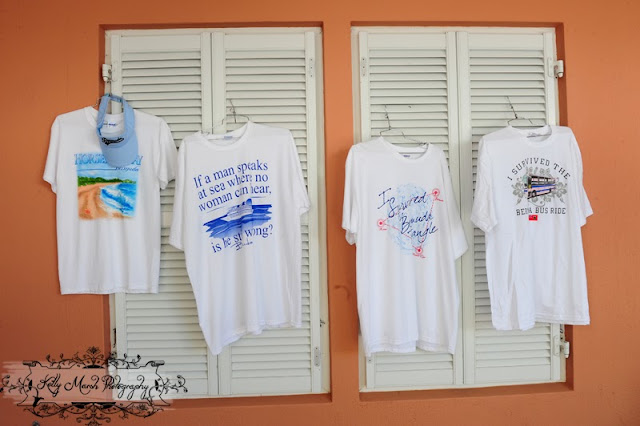 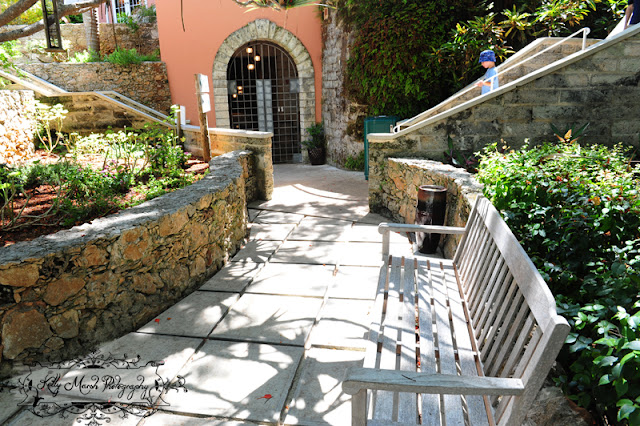 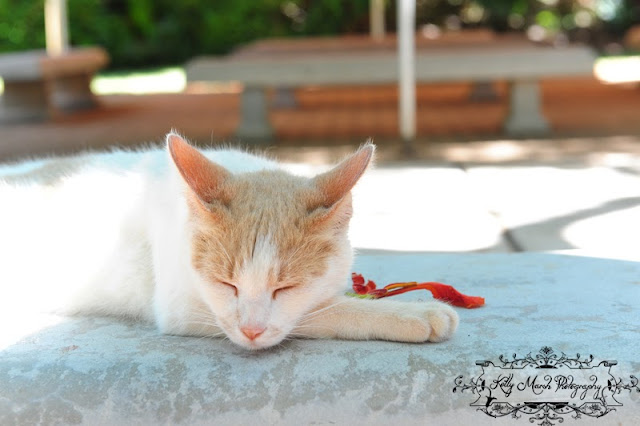 This was one of two cats that were sleeping the day away in the waiting areas before the tours started. They're were quite friendly to boot, enjoying a good scratch behind the ear by curious tourists such as
myself. 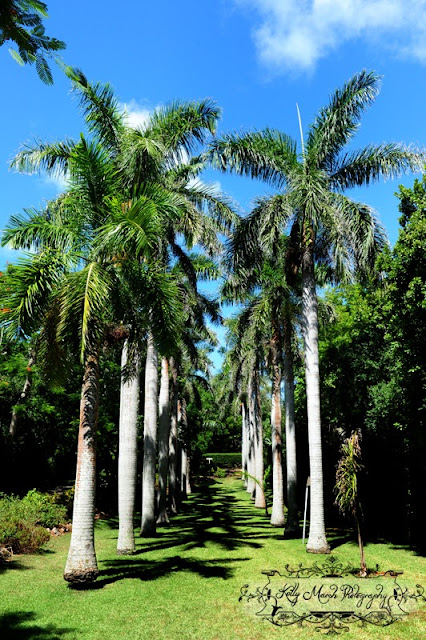 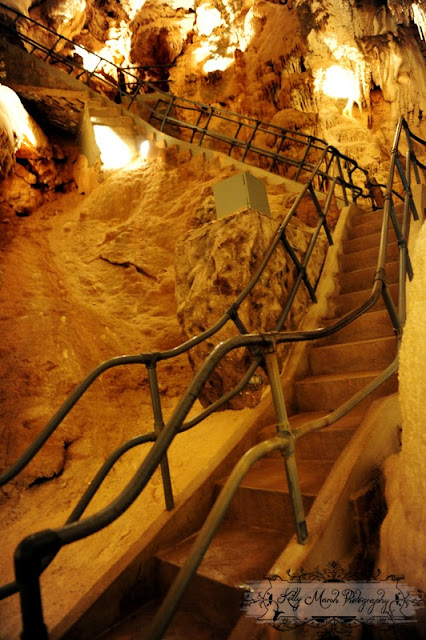 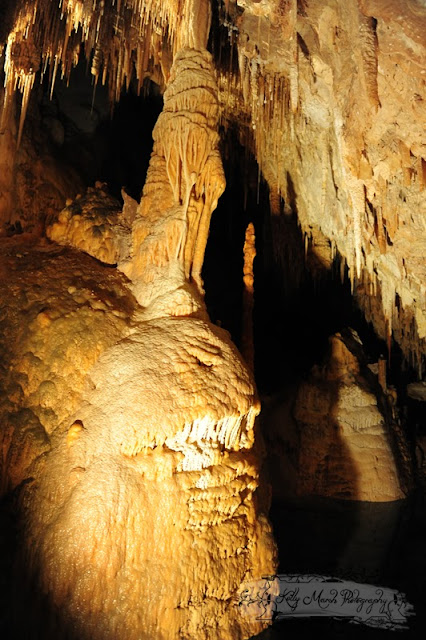 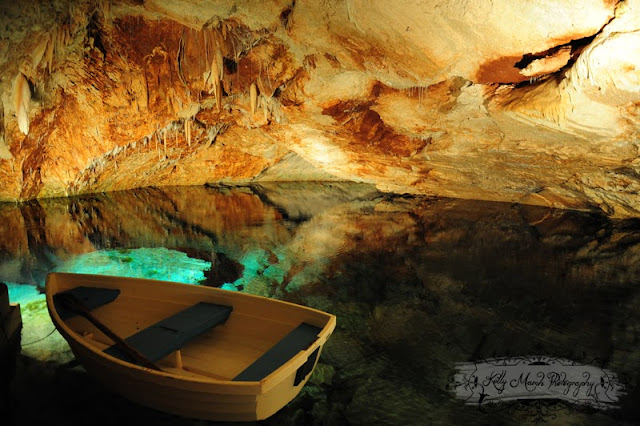 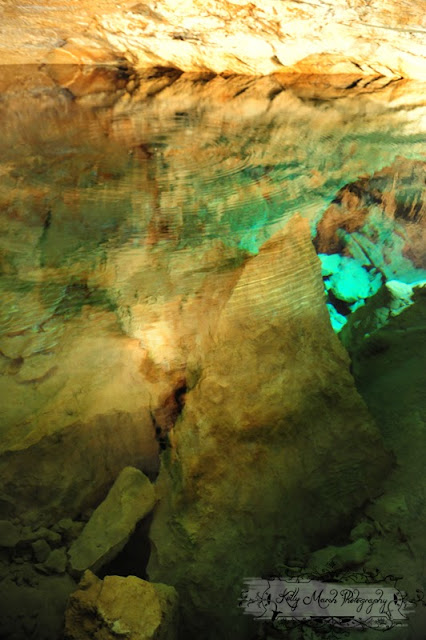 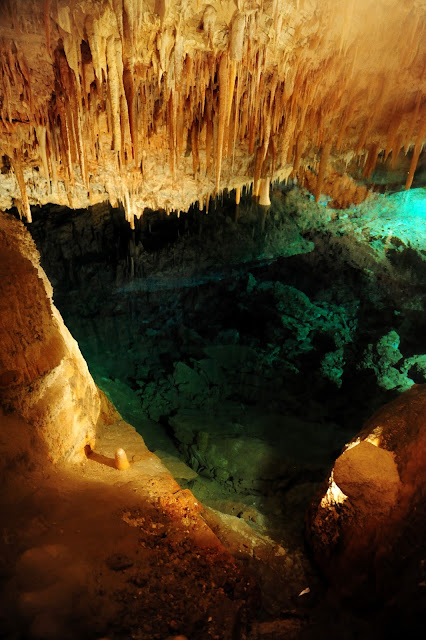 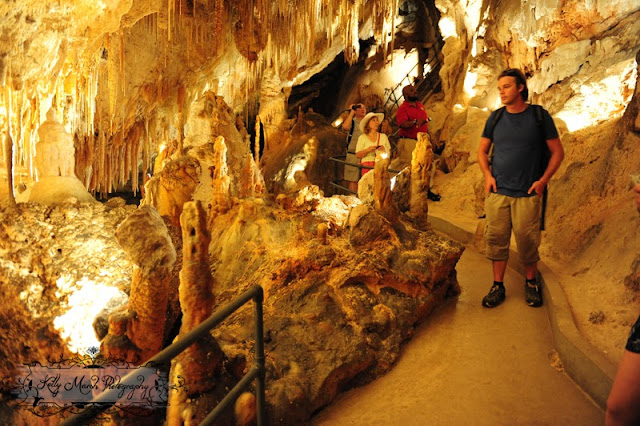 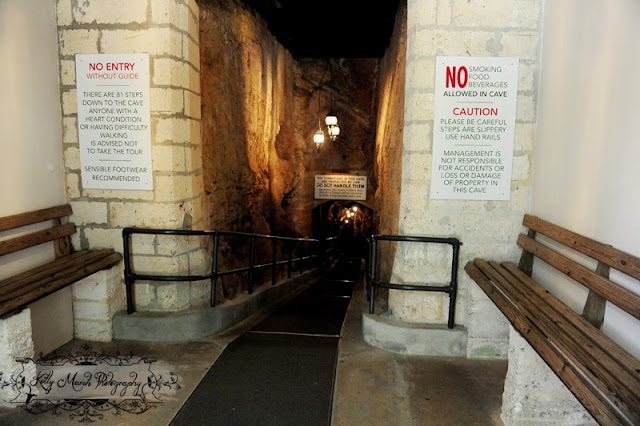 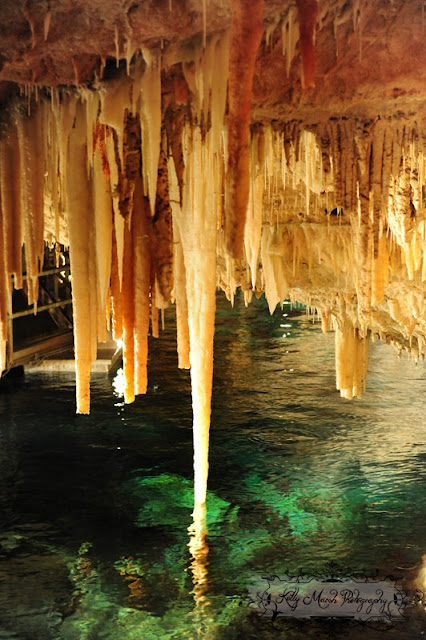 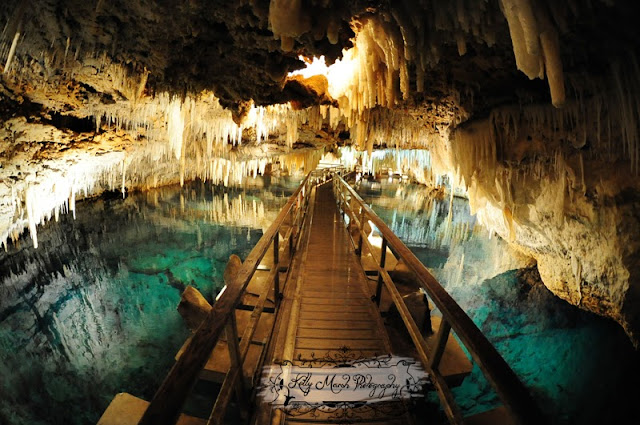 
** Quick tip, when in Hamilton, stop by the Phoenix store, it's kind of like a Bermudian Walgreens if you need any snacks, cheap souvenirs or like to pay a reasonable price for a bottle of water. For the same bottle of water on that ship sells either in the Garden Cafe or in your room at $5.45 you can get for roughly $2 at the Phoenix (also the American dollar equals that of the Bermuda dollar). So if you do decide to save on some money while there, walk to the Irish Linen Shop and up the hill, and make the first right, it's a couple of store down.


For more information on Crystal and Fantasy Caves, click HERE.
Posted by KMarsh at 5:21 PM