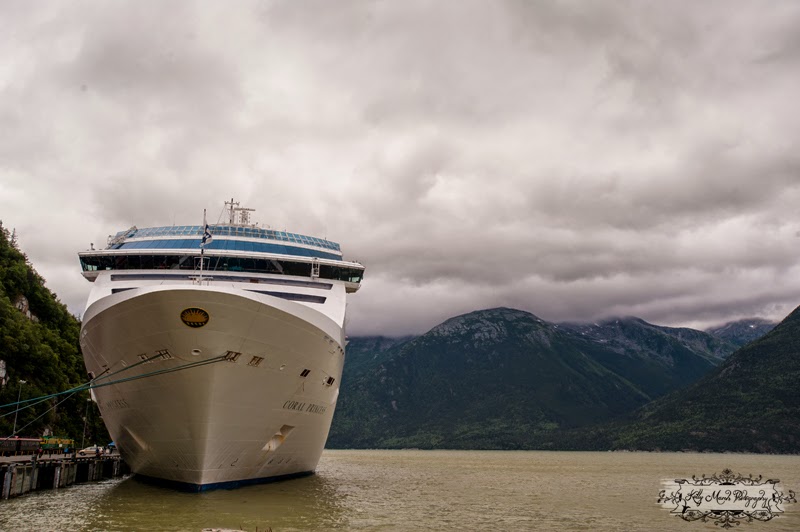 While Glacier Bay National Park offered all the oooh's and awww's of striking blue glacial ice and huge calving events, College Fjord left me cold, soaked to the bone and missing the grandeur of Glacier Bay. Named after noted ivy league schools such as Vassar, Barnard, Holyoke and Harvard, these glaciers are receding fast and seem smaller than their counterparts in Glacier Bay.

The entire time out it rained and the total wildlife spotted was a black bear, but only if you had an extreme telephoto lens or binoculars. Matched with having my mind preoccupied on preparing my luggage for disembarkation the next day, and trying to stay dry and warm through the rain, I was sort of let down by the magnificence that was supposed to be the College Fjord. 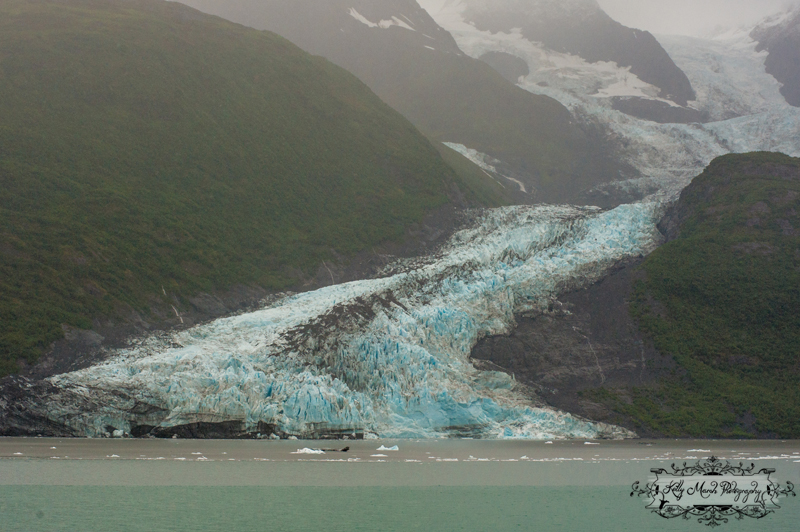 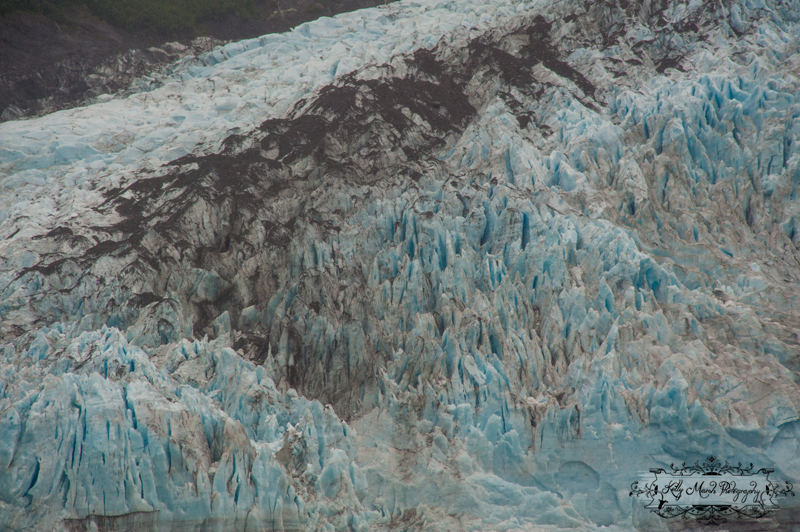 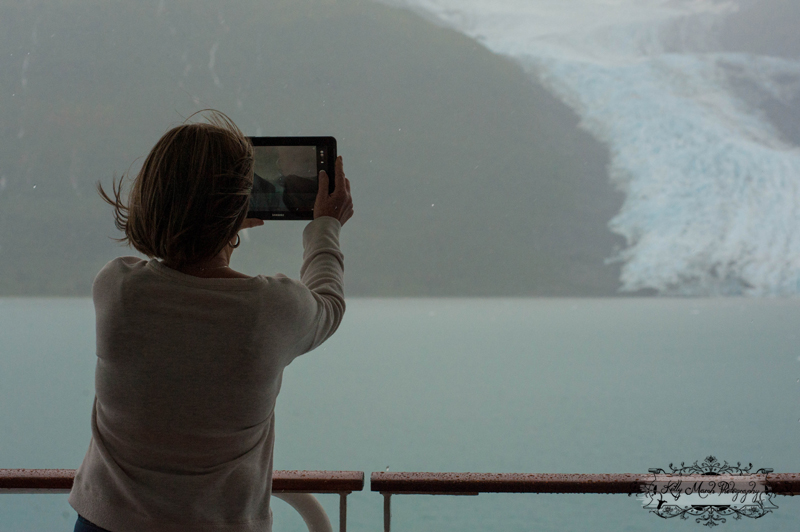 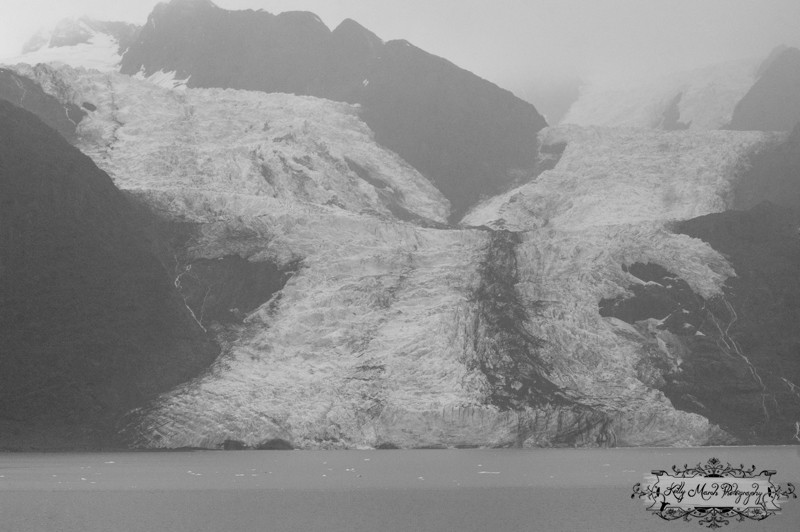 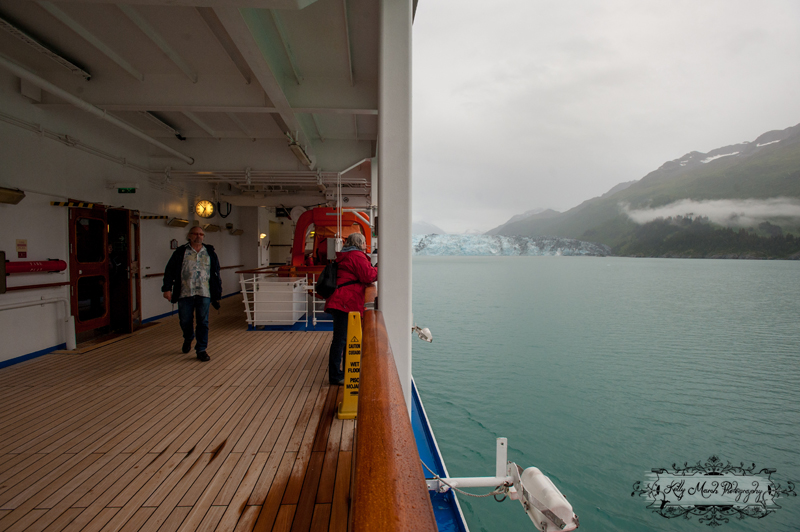 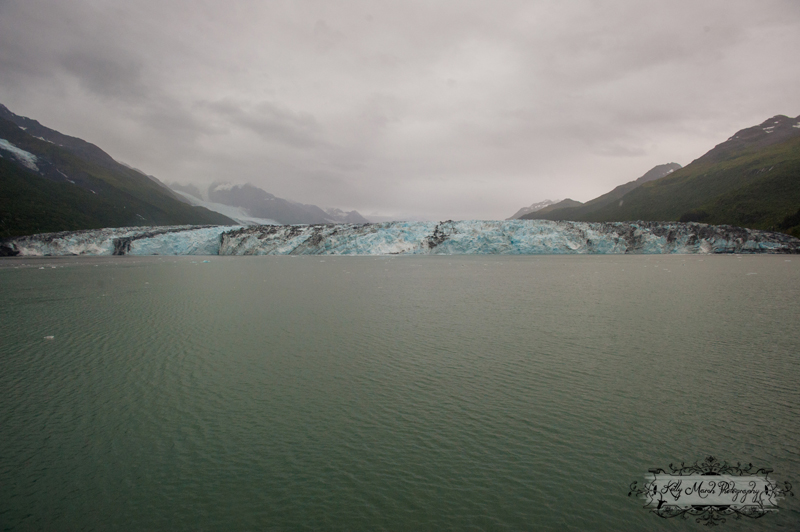 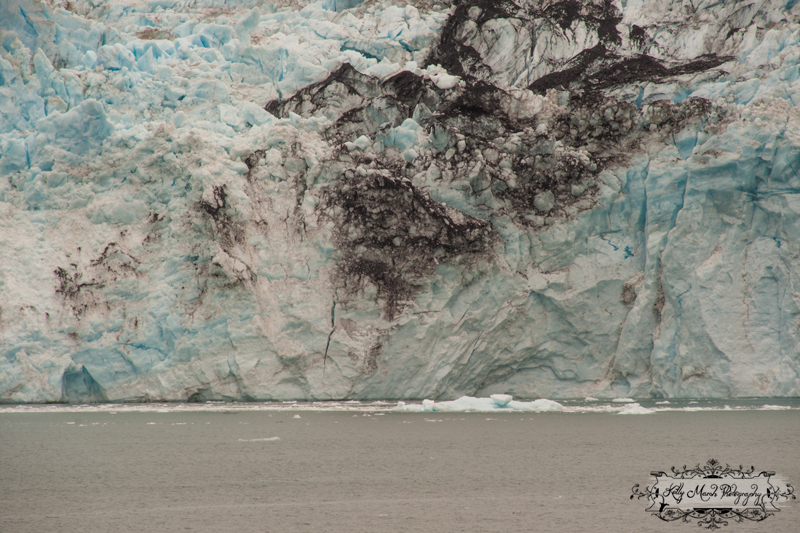 At one point our ship's narrator pointed out a wildlife sighting of black bear on the shore near Harvard Glacier. Everyone around me scanned the shoreline and those with high powered binoculars discovered that the tiny black dot slowly moving near the water was in fact a black bear. Even with my 300mm lens all detail was lost and the tiny black dot just look like a slightly larger tiny black dot. I've been closer to a rather large black bear while camping in the Catskills; it was hard to get excited over this. 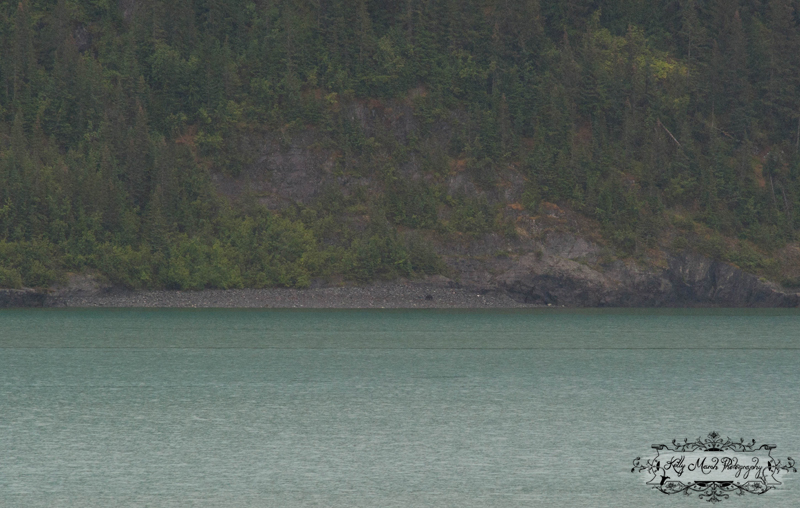 The tiny black dot black bear slightly cropped in from a shot at 300mm. 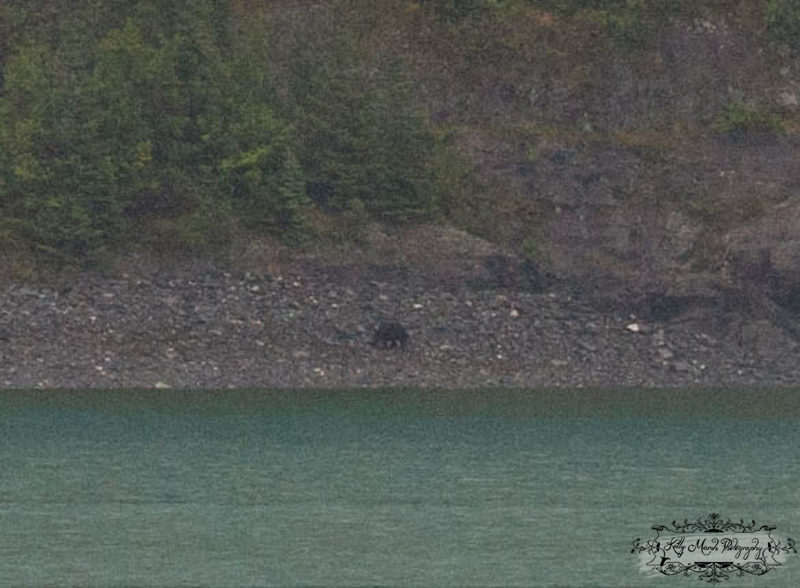 Cropped in as tight as can be and the legs of the the tiny black dot black bear are now visible!

After the "excitement" of spotting the black bear, it was time to figure out my packing situation for disembarkation for the next day. Since my parents and I were taking the train to Talkeetna and onwards, we were allowed 1 suitcase each to meet us at each hotel (you can also have a secondary suitcase meet you at your final destination), which you would not see until you arrived at said hotel. You're also allowed 1 basic carry-on item for the train ride, so any necessities (i.e. medications or, in my case, camera gear) that you may need during your train travel can stay with you.

I packed my bags, placed them outside the stateroom door and went off to enjoy my last included ship meal. 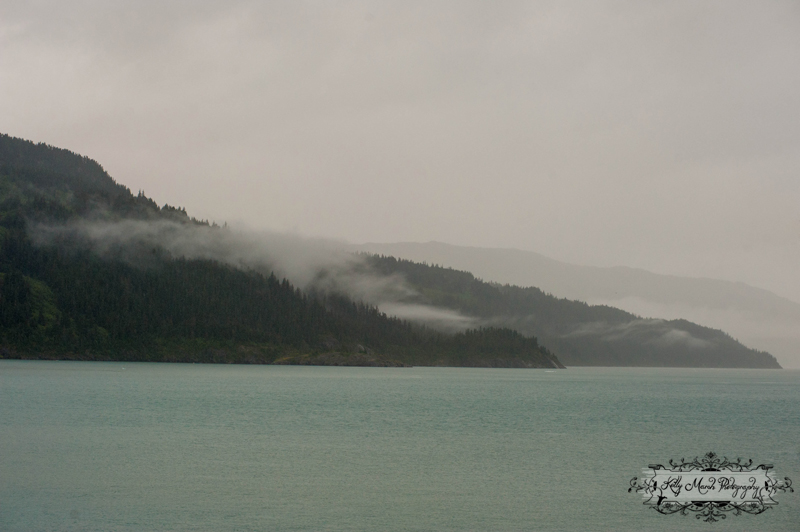 And here's a quick video highlight of my day cruising in College Fjord in Alaska.

Next up will be disembarkation in Whittier, Alaska and the start of our land cruise.

If you would like to see more photos from cruising College Fjord, click here.
Posted by KMarsh at 5:49 PM