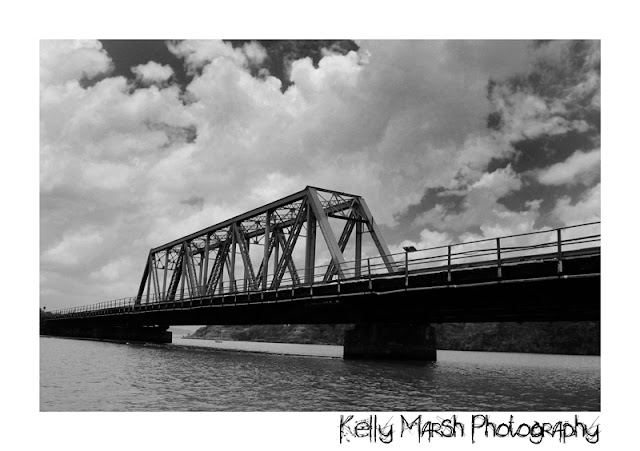 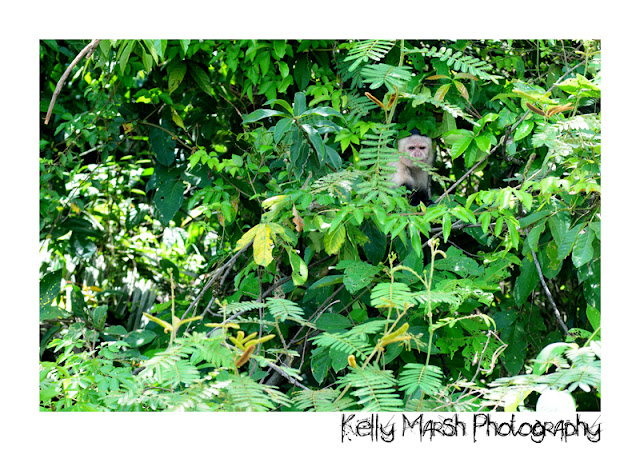 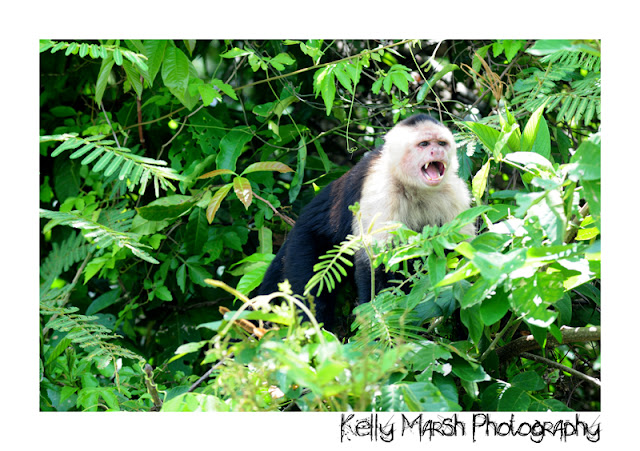 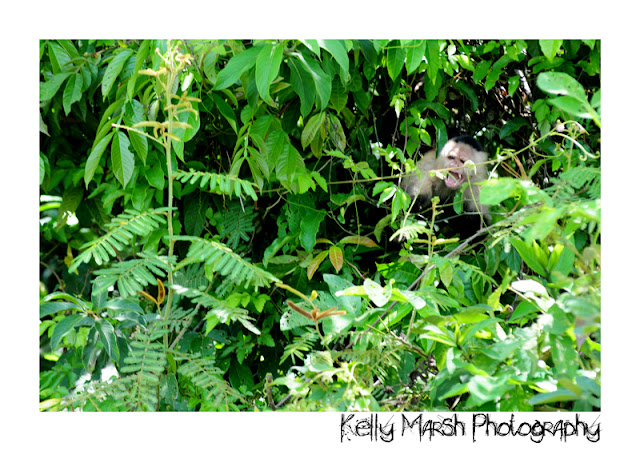 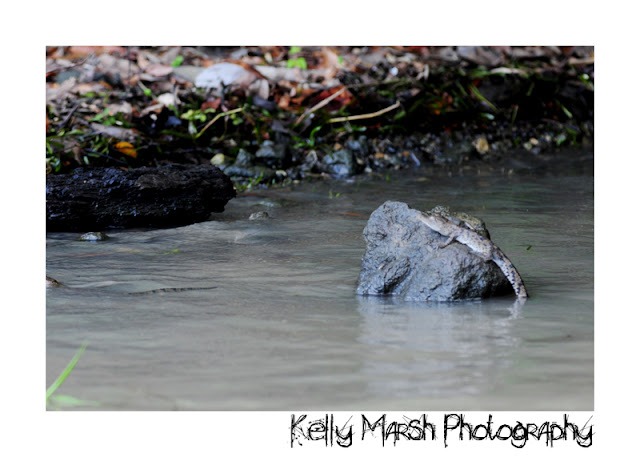 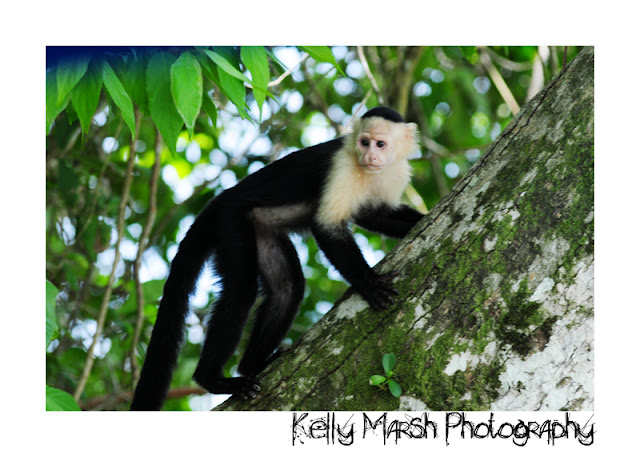 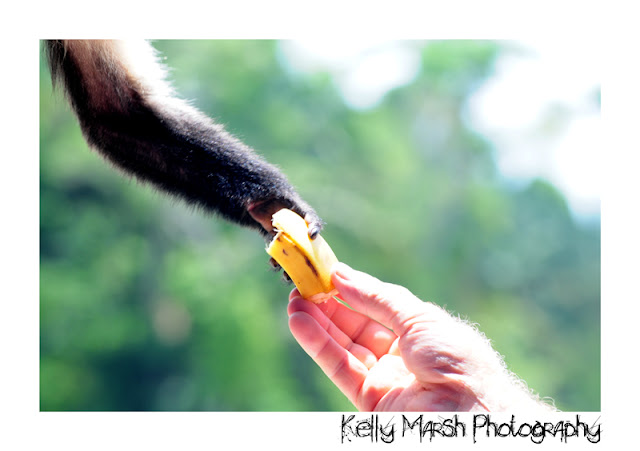 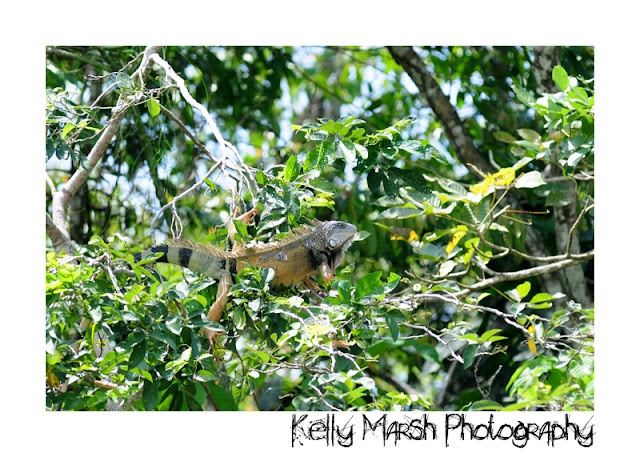 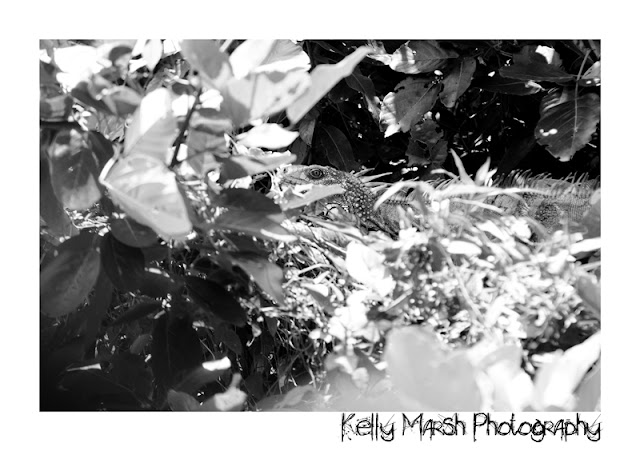 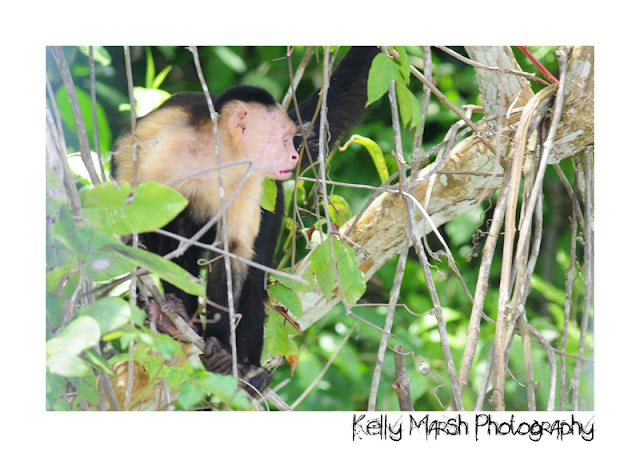 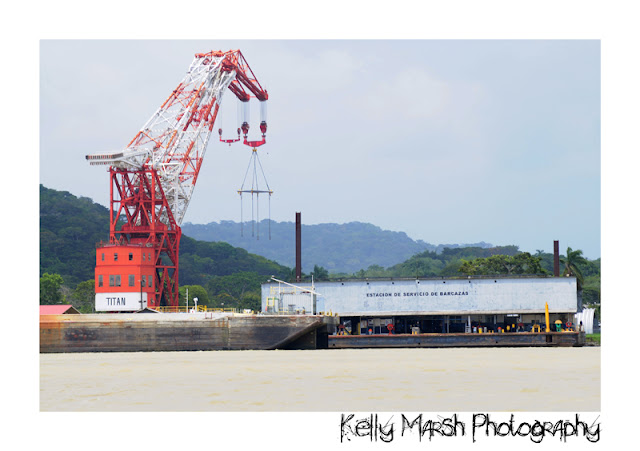 One of my favorite excursions from our cruise has to be the Monkey Watch on Gatun Lake and although it wasn't quite what was described in the original excursion brochure, it was still an excellent adventure.

I have to admit though, I was a bit apprehensive in choosing it at first in fear of having a Jurassic Park moment, you know the part where they drive by the inclosures and see nothing - not the being chased by man eating dinosaur bits. Instead we were greeted by a lush environment that was filled with beautiful flora and fauna and plenty of wildlife to capture with the click of a shutter.

Our first animal to spot was a rather miffed Capuchin Monkey who wasn't entirely thrilled with us encroaching on his turf, he came out shook branches and showed his bravado, then hid back into the trees carefully watching to make sure we retreated. Our next encounter was smoother as two to three monkey's cautiously approached our small grouping of boats and eventually jumped on the canopy to quickly grab some fruit which some fellow tourists had brought with them. It was definitely a cool and unique experience coming so close a wild animal without a layer of fence or netting between each other.

Eventually we left our then well fed monkey friends and cruised along spotting various other animals such as Howler Monkeys high up in the tree tops, Iguanas sunning themselves on lower laying branches (apparently they taste just like chicken according to our excellent and very knowledgeable guide) and a group of baby crocodiles.

Cruising along the lake you also get to see some snippets of the expansion project that is taking place throughout the canal, including the vessel Titan, a mammoth floating crane (before leaving for our trip I watched a program where Titan was used to lift a gate in one of the locks for some maintenance work). Although this was just a mere tiny preview to the grandeur and impressive fete that Panama Canal truly was and still is.

I should also add that our bus ride to and from Gamboa, where we launched our boats onto the Chagres River and crossed over on to Lake Gatun was incredibly informative and interesting. The amount of information learned in such a relative short amount of time is impressive and incredibly interesting, ranging from the history of Panama and the canal to wildlife and present day information concerning Panama.

A couple of interesting bits that I can remember foremost is that the first and only man to ever swim the Panama Canal (something that isn't really a popular sport due to the large amount of crocodiles that reside all along the canal) was Richard Halliburton in 1928 and was made to pay a total of 38 cents in tolls which was based on his body weight.  The amount that a ship pays in tolls on the other hand varies by the type of ship which is passing through and the type of cargo it has, a container ship pays per container, which also varies in amount by the size of the container, whereas a private schooner would pay by tonnage and cruise ship by the amount of staterooms. Another interesting fact was that Panama does not have its own army and in the case that something should happen to the canal, the American Army would be called in to defend it.

Overall I definitely enjoyed myself and learned a lot both about the animals we saw, the canal, as well as, about the country of Panama itself.


Fun Fact: Panama pays the same price for gas as the US does, as Panama gets its gas from there.
Posted by KMarsh at 8:51 PM