Like thousands of others on Pinterest who originally saw the pin of those adorably tiny gingerbread houses made to perfectly nestle onto the side of your coffee mug, I instantly added it to my holiday board with an actual intent to create them. Weeks went by and the list for Christmas baking grew and grew and I decided that it would be a nifty little added Christmas surprise. I would make them, hide them until it was time for dessert then place them on the mugs and line them up and down the table while everyone was inside playing with new toys or taking a well needed nap. Then everyone would come in for dessert and people would sit down and chose their houses and hopefully they would be cheerfully surprised. . . .

Well, after two straight days of baking and decorating, and planning and running around, it didn't go to plan. I was tired, no one left the table and when I placed them out, no on seemed particularly surprised, but more so daunted at the prospect of yet another dessert. So never again; it just wasn't worth the effort and time (the dough for gingerbread is rather sticky and difficult to work with and I'm not the best at decorating the wee houses), ultimately it just left me a bit crestfallen.

But I digress, anyhoo I found the template for the houses through Good Housekeeping and used a super simple royal icing recipe and used almond extract instead of lemon rind to give the frosting a different taste. 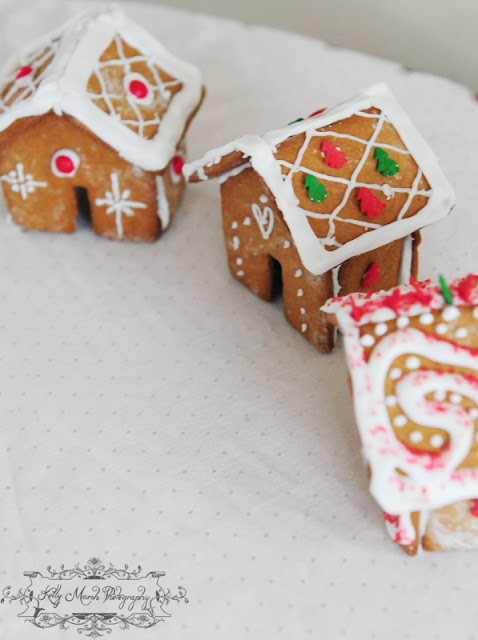 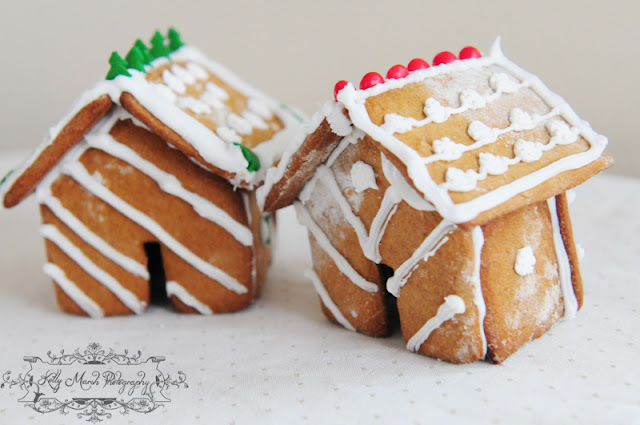 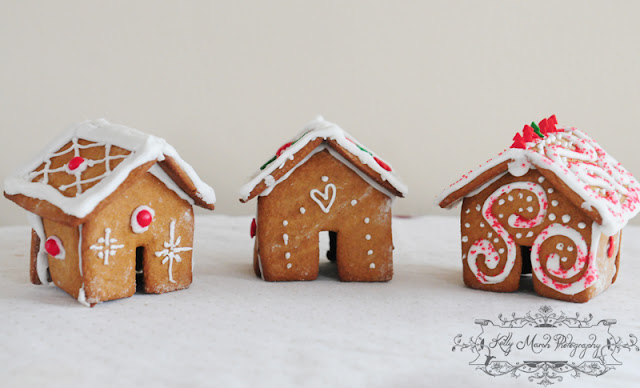